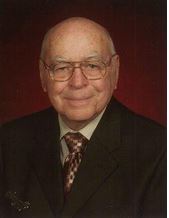 Charles Andrew “Chase” Hensarling, 86, of Cameron, Texas went to be with our Lord and Savior on Sunday, December 14.

Chase was born on July 22, 1928, to Theron Andrew and Ima Mae Cook Hensarling in Stephenville. He graduated from Texas A&M University in 1949 and was a proud member of the Corps of Cadets. He was a U.S. Army veteran serving in the Tenth Calvary, attaining the rank of first lieutenant.

On November 21, 1953, he married Ann Brock, his bride of sixty-one years. He spent his professional life in the poultry business culminating as president of Hy-Lay Hatcheries in Bryan, Texas. But when asked what is your profession? He would simply answer “feather merchant”. Chase also worked as an A&M Extension agent. He served as past president of the Texas Egg Council.

Much of his life was devoted to service to others. Chase served as president of the A&M Consolidated ISD school board; past president of Our Saviorâ€™s Lutheran Church council in College Station as well as Abiding Savior Lutheran Church council in Cameron. Always putting his children first, he served as an assistant scoutmaster for Boy Scout Troop No. 380. He was a member of the Texas Silver Haired Legislature; the Cameron Horse Club; the Texas A&M Corps of Cadets Association and Abiding Savior Lutheran Church.

Chase and his wife were renowned world travelers traveling to over forty countries covering four continents. He collected unique hats characteristic of the countries they traveled to and would put them on when friends came over much to his wifeâ€™s chagrin.

Chase was known far and wide for his humor and friendliness. He never met a stranger. He often told jokes that were more humorous to him than to those who heard them, with many an eye roll from his wife Ann.