Taps for The Honorable Dolan A. Brinson 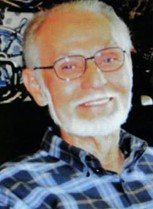 Reverend Dolan A. Brinson, 86, of Rochester passed-away January 1, 2021 in an Abilene hospital, after battling COVID-19. He was born in 1934 to Homer and Anna Mae Brinson in El Dorado, Arkansas. After growing up in El Dorado and Graham, Texas, Dolan moved with his family to Midland in 1950. After graduating from Midland High School in 1951, Dolan worked full-time in the west Texas oil fields while earning his Bachelor of Science in Geology, graduating in 1963 from Texas Tech University. Over the next six decades, Dolan was primarily an independent oil producer, but he also worked as a geologist for Shell Oil Company in New Orleans, ranched in Stonewall County and, ever both young and entrepreneurial at heart, at age 70, pioneered turf grass farming in Haskell County. He was a pilot, an avid reader, and a remarkable conversationalist. A proud Son of the Republic of Texas, Dolan was commissioned by the Texas Secretary of State to serve in the Texas Silver-Haired Legislature, where he enjoyed working on the Criminal Justice Committee and the Finance Committee and chairing the Memorial Committee. He also enjoyed serving the public through the Stonewall Memorial Hospital District Board, as a Haskell County Special Commissioner, and as the trustee for the Rochester Community Fund. Above all, as a tireless student of the Bible, he enjoyed teaching the Word of God throughout his adult life in churches in Texas and Oklahoma, most recently at Victory Church in Abilene and as the pastor of Rochester First United Methodist Church. He and his wife, Sharon travelled throughout the Holy Land, Turkey, and Greece with Dolan teaching at historic Christian sites. He presided over countless weddings and funerals across west Texas. An accomplished, lifelong musician, having sung as a child while his mother played the piano in church, and having directed choirs and performed on radio shows during college, at age 84, Dolan took up the violin.

Dolan was preceded in death by his parents, Homer and Anna Mae Brinson of Midland; his sister, Relda Sale of Midland; and his brother, Vaughn Brinson of Carrollton. Dolan is survived by his wife, Sharon of Rochester; by a daughter, Kim Daniels and her husband, Gary of Flower Mound and their children, Katie and Matthew; by a son, Kevin Brinson of Flower Mound and his children, April and Violet; and by his extended family, including Steven and Tonya Hatfield of Lorena and their children, Alana and Kaylie; Michael and Lisa Hatfield of Port Townsend, Washington and their children, Chloe, Jack, and Owen; his brother-in-law, Ray Sale of Midland; his sister-in-law, Ruth Brinson of Carrollton; his brother-in-law Pat Patterson of Rochester; his sister-in-law Karen and her husband, Clifford Byrd of Rochester; and many adoring nieces and nephews.

To honor Dolan’s concerns about COVID-19 infections, there will be no funeral service or family visitation. A joyous and public celebration of Dolan’s extraordinary life will be announced at a later, safer time. The family asks that, in lieu of flowers, donations be made to the church of one’s choice or the Rochester Cemetery Association. Services are under the direction of Smith Family Funeral Homes, Rochester.