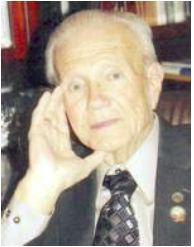 Donald Carroll Brodnax was the only child of Estelle Farr and Leon Donald Brodnax, of Newton, Texas. He was born October 23, 1932 in Jasper and was raised in Newton by his mother and grandparents. He graduated from Newton High School and later attended Lamar University in Beaumont. He passed away at age 76 on October 17, 2009 at his home in Jasper after an extended illness.

Known to young and old alike as Don Brodnax or simply as ‘Mr. B,’ his life was the culmination of a lifelong career of service to others, beginning in the very early years as an Eagle Scout and child prodigy in electronics, and later as an electrician, business owner, entrepreneur, and as a self-taught computer programmer. He began his career in the Social Services Industry in 1974, and co-founded a private, non-profit corporation in 1985 called East Texas Support Services, which specializes in State and Federal contracts and grants. He expanded the influence of this business over three decades to include the entire state of Texas, eventually being nominated to serve on the distinguished Texas Silver Haired Legislature, as well as the National Silver Haired Congress in Washington, D.C., where he helped co-author legislation to aid Senior Citizens both in Texas and across the Nation. He is survived by his wife of 33 years, Bobbie Brodnax; two sons, Bruce Brodnax & wife Diann of Orange, Texas and Drew Brodnax & wife Evonne of Jasper; two daughters, Teresa Janeaux & husband Dale of Jasper and Donna Tapley of Newton; grandchildren, Sterling Brodnax, Ashley Brodnax, Adam Brodnax (deceased), Brady Williams, Brock Williams, Beauxdean Williams, Letisha Peveto, Christopher Brewer, Steffany Duke, Katrena Brewer; and four great grandchildren.