Taps for The Honorable J.D. Kahler 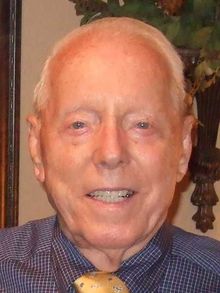 J.D. was born in Dallas, Texas on March 6th, 1918. He lived in Texas all his life except for 10 years when he and his wife Mattie were transferred to New Orleans, La. After leaving New Orleans, they moved back to Dallas where they lived the remainder of their lives. J.D. lost his wife Mattie in February of 1996 and married Ethel Flourine Gumm in January of 2001. J.D. went to work for Santa Fe Railroad in 1939 in Forth Worth, Texas and retired in Dallas in 1982 as Area Sales Representative having completed over 43 years of uninterrupted service After his retirement in 1982 he pursued his passion for music and discovered a life of service working on behalf of seniors in his community. His service would include representative for District III for the Texas Silver Haired Legislature in Dallas County for 2 years, member of Area Agency on Aging Advisory Council for 2 years, and a member of the Executive Committee of the Age Program at The Senior Source for 3 years. He was also very active in the Elmwood Senior Center, AARP, and Oak Cliff Christian Church. He was a member of the Dallas Banjo Band and has his own band. He is survived by his daughter, Andrea Denuszek, his grandson, Nathan Cyrus, his wife, Ethel Flourine Kahler, a brother, Bobby Kahler, and a sister, Martha Glasser and their families as well as many loving relatives and friends. He will be dearly missed by all who knew and loved him.