Taps for The Honorable Lela Foreman 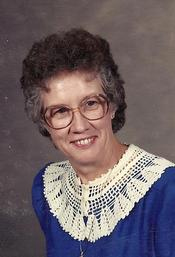 Lela Foreman, 75, of the Telephone, Texas went to be with her Lord And Savior, Sunday, Feb. 17, 2013 at Paris Regional Medical Center in Paris, Texas.

Lela Mae was born Oct. 23, 1937 to parents, Earl D. and Ruby Mattie Lee Neely Conyers in the Allens Chapel Community. Lela married Wendell Laron Foreman August 19, 1956 at the Vineyard Grove Baptist Church in Allens Chapel. He passed away Oct. 4, 1967. She was a member of the Telephone Baptist Church. She received her college education at East Texas State University in Commerce, Texas where she received her Bachelor and Masters Degrees in Education. She had taught at Sam Rayburn ISD for thirty years upon her retirement. Lela was active in the Delta Kappa Gamma Teachers Sorority and had held numerous positions in local and state offices. She had served two terms as a Texas Silver Haired Legislator.

Along with her parents and husband, she was preceded in death by her sister, Ruth Hohenberger.