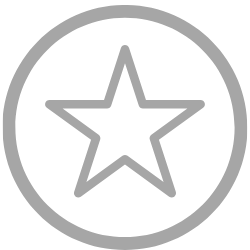 Lewis Melvin Marshall, at age 80, transitioned to glory on Saturday, March 7, 2015. He was born on June 11, 1934 in Austin, Texas to Mrs. M.L. Marshall and L.M. Marshall who preceded him in death. Lewis was the oldest of three sons born to this union. Lewis graduated from the original L.C. Anderson High School in Austin, Texas. After high school, he received an AA Degree from West Contra Costa Junior College Richmond, California; Prairie View A&M University where he received his Bachelors and Master Degree; he received an Administration Certification from Our Lady of the Lake University. Lewis is a long time member of Second Baptist church. He served as President of the Menâ€™s Chorus and member of the Deacon Board, always remembering his financial obligation to his church.

Lewis was a devoted teacher, coach and administrator for many years working in the Edgewood and San Antonio Independent School Districts. Before coming to San Antonio, Lewis lived and worked as teacher/coach in Nacogdoches and Kilgore, Texas. He received many awards and commendations for his many talents associated with his work in education. Some of the awards he has received are Junior Achievement Teacher of the year, the National Education Association Award and San Antonio Independent School District Instructional Leadership Award 1994-95. In addition, in 2000, the Southwest Texas Annual Conference honored him with the Outstanding “Man of the Year” Award. The San Antonio Metropolitan Chapter â€“ Top Ladies of Distinction, Inc. presented the Community Service Award to him.

Lewis was passionate about the welfare of older citizens of his community. After retirement in 1995 from the public school system, his passion was devoted to advocating for senior citizens. He was proud to be a Silver Haired Legislator and would explain what the objectives of the Legislative Body were all about to everyone he met. In the mid 90s, Lewis was elected by the senior membership in precinct four to mirror his district for the Texas Silver-Haired Legislature. He served as a Texas Silver-Haired Legislator from 1996 to 2008 and was a member of the National Silver Haired Congress since 1997. Lewis enjoyed and loved advocating on behalf of senior citizens both at the State and National levels.

As illness crept into Lewisâ€™ life he often asked about others; it lifted his spirit when he learned others inquired about him. Lewis sends his love to those he left behind.